The Pitfalls of the Proposed PTSD Legislation 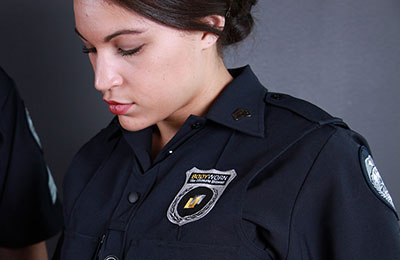 Unfortunately, mental health concerns among first responders are often unreported or underreported[2], meaning some will not get the help they need before it is too late.

Something had to change.

In 2018, the Minnesota legislature revised the Workers’ Compensation Act to create a presumption that if a first responder is diagnosed with post-traumatic stress disorder (and certain other criteria are met), then their condition is presumptively an occupational disease and shall be presumed to have been due to the nature of employment.[4]

Notwithstanding the statutory presumption that was passed unanimously in the House and Senate[5], nothing has changed. Employers and insurers continue to deny nearly 100% of first responders’ claims for work-related post-traumatic stress disorder, often claiming that their condition does not exist, or that the employer and its insurer are not responsible.

It is not unsurprising—at least it shouldn’t be—that the number of first responders seeking mental health care increased after the riots. It is also not surprising that employers and their insurers, then sought to reduce their costs by changing the laws that require them to provide this care.

Let’s be clear, insurance companies, including the League of Minnesota Cities, do not actually care about your mental health, they care about their bottom line.

The League of Minnesota Cities is an insurance trust that represents 786 out of 854 cities and is committed to “control[ling] losses” and providing its member cities with “the lowest long-term cost” for insurance.[6]

The proposed PTSD legislation, advocated for by the League of Minnesota Cities and other Minnesota insurance providers, has three stated objectives: (1) expand wellness training, (2) shift the cost of providing health insurance to first responders who are duty disabled from Cities and Counties to the State of Minnesota, and (3) provide first responders with access to mental health care and wage-loss benefits (that are theoretically already available under the Workers’ Compensation Act), while preventing first responders from applying for PERA/MSRS duty disability benefits unless/until they complete 32 weeks[8] of therapy.

Significantly, MPPOA, LELS, and other unions agreed to support the legislation drafted to expand wellness training for first responders and shift the cost of providing health insurance to the state. The authors of the proposed legislation, however, refused to move forward with these aspects of the legislation, for which there was broad support.

The unions also agreed to continue to participate in the working group to draft legislation to provide first responders with access to mental health care and wage-loss benefits but expressed serious concerns about limiting first responders’ ability to apply for PERA/MSRS duty disability benefits.

Meuser, Yackley & Rowland is committed to helping first responders get the mental health care they need to thrive personally and professionally; but the proposed PTSD legislation falls short, and more work needs to be done to get it right. Until then, Meuser, Yackley & Rowland will continue to advocate for meaningful change that prioritizes reducing the human costs of PTSD, rather than the financial costs to insurance companies.