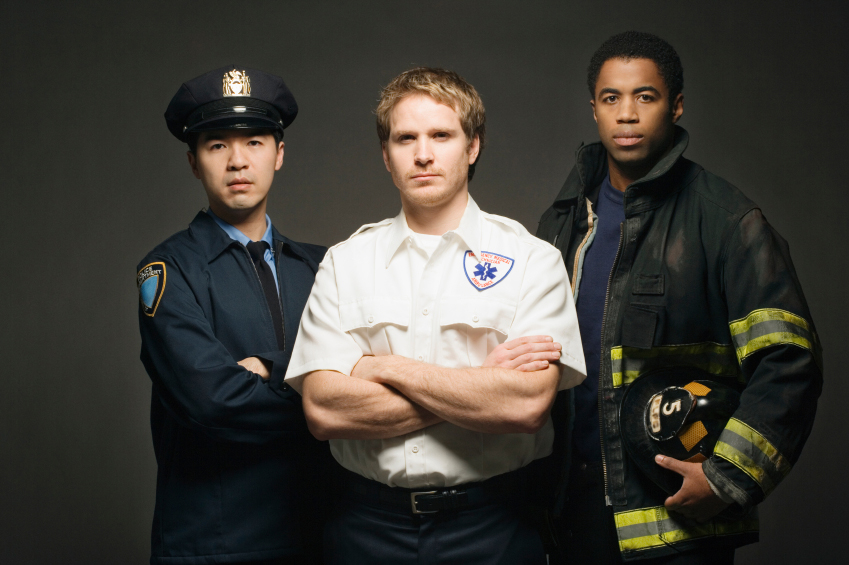 This article was originally published in December, 2015 in the Minnesota Police Journal. PTSD was and continues to be an important topic with major implications for Minnesota’s first responders who suffer from PTSD. In October of 2013, the Minnesota workers’ compensation law recognized post-traumatic stress disorder as a covered or compensable injury for purposes of workers’ compensation law. Since then, law makers continue to fight for the rights and benefits of Minnesota’s first responders as well as continue to raise awareness of PTSD, including the re-introduction of a crucial bill in the 2017 legislative session that directly affects first responders who suffer from PTSD.

Written by Dr. Michael Keller, Ph.D and published in the Minnesota Police Journal

There have been some important changes regarding the diagnosis of post-traumatic stress disorder (PTSD), and these changes have a significant effect on those employed as licensed Minnesota Peace Officers relative to such matters as eligibility for disability benefits under the Public Employees Retirement Association (PERA), the Minnesota State Retirement Association (MSRS), and workers’ compensation. Due to changes in Minnesota Law taking place over the past few years, it is now the case that Minnesota Peace Officers must meet the diagnostic standards for PTSD as indicated in the Diagnostic Statistical Manual, Fifth Edition (DSM-5, 2013), whereas previously, the diagnostic criteria for PTSD as indicated in the Diagnostic Statistical Manual, Fourth Edition, Text Revised (DSM-IV-TR, 2000) have been relied upon for the determination of the diagnosis of PTSD.

The official effective date for the transition from DSM-IV-TR diagnoses to DSM-5 diagnoses took place on October 1st, 2015. It was at this time that all medical and psychiatric providers were to cease using diagnostic coding (and relevant diagnostic criteria) relative to ICD-9-CM standards, to diagnostic coding as indicated by ICD-10-CM standards (including any changes relevant to diagnostic criteria of various disorders, conditions or problems). ICD codes (International Classification of Diseases codes), more formally identified as the International Statistical Classification of Diseases and Related Health Problems, is copy written by the World Health Organization (WHO) and owns and publishes the classification. For example, under the DSM-IV-TR, diagnostic coding and ICD-9 coding for PTSD are both identified as 309.81, whereas coding for PTSD under DSM-5 is identified as F43.10 as to ICD-10 and 309.81 diagnostically.

It is important to understand that although the official date for the transition from DSM-IV-TR to DSM-5 took place on October 1st, 2015, changes in Minnesota State Statutes regarding the diagnosis of PTSD requiring DSM-V diagnostic criteria, as in the case of workers’ compensation benefits for Peace Officers, took place prior to October 2015 (see Minnesota Statute §299A.465 and Minnesota Statute §299A.475 for important details regarding PERA, MSRS, and workers’ compensation).

According to the Diagnostic Statistical Manual, Fifth Edition, (DSM-V), PTSD is described specifically, in part, as follows.

Note: The following criteria apply to adults, adolescents, and children older than 6 years.

A. Exposure to actual or threatened death, serious injury, or sexual violence in one (or more) of the following ways:
1. Directly experiencing the traumatic event(s).
2. Witnessing, in person, the event(s) as it occurred to others.
3. Learning that a traumatic event(s) occurred to a close family member or close friend. In cases of actual or threatened death of a family member or friend, the event(s) must have been violent or accidental.
4. Experiencing repeated or extreme exposure to aversive details of the traumatic event(s) (e.g., first responders collecting human remains, police officers repeatedly exposed to details of child abuse).

Note: Criterion A4 does not apply to exposure through electronic media, television, movies, or pictures, unless this exposure is work-related.

D. Negative alterations in cognitions and mood associated with the traumatic event(s), beginning or worsening after the traumatic event(s) occurred, as evidenced by two (or more) of the following:
1. Inability to remember an important aspect of the traumatic event(s) (typically due to dissociative amnesia and to other factors such as head injury, alcohol or drugs).
2. Persistent and exaggerated negative beliefs or expectations about oneself, others, or the world (e.g., “I am bad,” “No one can be trusted,” “The world is completely dangerous,” “My whole nervous system is permanently ruined”).
3. Persistent, distorted cognitions about the cause or consequences of the traumatic event(s) that lead the individual to blame himself/herself or others.
4. Persistent negative emotional state (e.g., fear, horror, anger, guilt, or shame).
5. Markedly diminished interest or participation in significant activities.
6. Feelings of detachment or estrangement from others.
7. Persistent inability to experience positive emotions (e.g., inability to experience happiness, satisfaction, or loving feelings).

E. Marked alterations in arousal and reactivity associated with the traumatic event(s), beginning or worsening after the traumatic event(s) occurred, as evidenced by two (or more) of the following:
1. Irritable behavior and angry outbursts (with little or no provocation) typically expressed as verbal or physical aggression toward people or objects.
2. Reckless or self-destructive behavior.
3. Hyper vigilance.
4. Exaggerated startle response.
5. Problems with concentration.
6. Sleep Disturbance (e.g., difficulty falling asleep or restless sleep).

F. Duration of the disturbance (Criteria B, C, D, and E) is more than 1 month.
G. The disturbance causes clinically significant distress or impairment in social, occupational, or other important areas of functioning.
H. The disturbance is not attributable to the physiological effects of a substance (e.g., medication, alcohol) or another medical condition.

With dissociative symptoms: The individual’s symptoms meet the criteria for post-traumatic stress disorder, and in addition, in response to the stressor, the individual experiences persistent or recurrent symptoms of either of the following:

1. Depersonalization: Persistent or recurrent experiences of feeling detached from, and as if one were an outside observer of, one’s mental processes or body (e.g., feeling as though one were in a dream; feeling a sense of unreality of self or body or time moving slowly).
2. Derealization: Persistent or recurrent experiences of unreality of surroundings (e.g., the world around the individual is experienced as unreal, dreamlike, distant, or distorted).
Note: To use this subtype, the dissociative symptoms must not be attributable to the physiological effects of a substance (e.g., blackouts, behavior during alcohol intoxication) or another medial condition (e.g., complex partial seizures).

With delayed expression: If the full diagnostic criteria are not met until at least 6 months after the event (although the onset and expression of some symptoms may be immediate).

According to the Diagnostic Statistical Manual, Fourth Edition, Text-Revised (DSM-IV-TR), PTSD is described, in summary, as requiring two critical features, as follows: (1) The person has been exposed to a traumatic event whereby they have experienced, witnessed, or were confronted by an event or events that involved actual or threatened death or serious injury, or a threat to the physical integrity of self or others and, (2) the person’s response involved intense fear, helplessness, or horror. Research informs us that the traumatic event alone does not cause PTSD but that it is the individual perception of the event by the involved person and the thoughts generated about the traumatic event that results in the traumatic emotional and memory response that characterizes PTSD. In other words, the way we think about things shapes how we emotionally respond to things, thus we suggest that individual differences in perception, cognitive appraisal of the event, emotions generated, and memories produced regarding the traumatic event or events are important contributory variables in terms of the development of PTSD in terms of intensity of response. Overall, it is the emotional memory of the traumatic event that seems to be a significant source of PTSD symptoms and complaints as opposed to the material facts of the traumatic event itself.

Among the most significant changes in the DSM-5, which, as indicated above, was released in May of 2013, are both the classification and conceptualization of PTSD. The condition is no longer indicated as being an anxiety disorder, but rather a “Trauma-and-Stressor-Related Disorder.”  Also, the DSM-5 reflects a number of changes relative to PTSD criteria whereas a traumatic event is more clearly defined than it was previously in the DSM-IV-TR. The DSM-5 specifies examples of experiencing or witnessing a traumatic event, such as sexual assault or the repeated indirect exposure to adverse events, such as in the case for public safety professionals, and requires the necessity of being explicit as to how the event was experienced (i.e., directly or indirectly).

Determination of a PTSD Diagnosis
As was the case previously under DSM-IV-TR, and is the case now regarding the DSM-V, the recommended best practices regarding the process to be used in determination of a diagnosis of PTSD includes the completion of a structured interview of the individual wherein some sort of specific instrument or protocol is used so as to identify the triggering traumatic exposure or exposures (e.g., the story of traumatic exposure), the reported and observed associated symptoms and complaints including onset, intensity, frequency and duration and frequency (e.g., individual self-report and the use of some type of PTSD symptom check-list), the completion of psychometric evaluation (e.g., MMPI-2/MMPI-RF testing), and the review of relevant current and past treatment records, if available, depending on the date of injury and onset of problems.

Conclusion
PTSD, whether understood and diagnosed in the context of DSM-IV-TR or DSM-V diagnostic criteria, remains a very serious condition and needs to be taken seriously. It is important to seek and obtain professional help if you think you might be experiencing PTSD.

It is also important to understand that from a clinical diagnostic perspective, if an individual meets DSM-IV-TR diagnostic criteria for PTSD secondary to their work-related traumatic exposure or exposures while working as a licensed Minnesota Peace Officer, they will continue to meet DSM-V PTSD diagnostic criteria going forward. The change from DSM-IV-TR to DSM-5 did not have a more limiting and/or restrictive affect as to an individual potentially meeting diagnostic qualification for a formal diagnosis of PTSD; rather it clarified and more so expanded potential qualification as a result of clarification of what is understood to be a traumatic event and what is meant by exposure or repeated exposures to said traumatic events as compared to the previous criteria of witnessing and/or participating in a traumatic event or events.

Dr. Michael Keller is a licensed clinical and forensic psychologist who serves a variety of Minnesota and Wisconsin law enforcement agencies as well individual members of the law enforcement community and their families. He is a retired law enforcement officer and a member of the American Psychological Association (Clinical Psychology and Police & Public Safety Psychology Sections) and is a member the Police Psychological Services Section of the International Association of Chiefs of Police.
Dr. Michael Keller, Ph.D., LP
121 Adams Street
Cambridge, MN 55008
763-442-4111
www.psychologicalserviceassociates.com