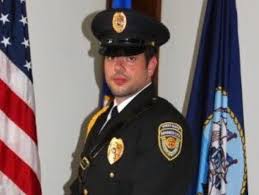 On behalf of Meuser Law Office, P.A., we offer our sincere condolences to the family, friends, and colleagues of Oak Park Heights state prison corrections officer, Joseph Parise. Officer Parise, 37, died September 24thafter rushing to assist another officer who was being assaulted by an inmate. Parise was one of several officers who responded to a call to break up the assault. Parise, a four-year veteran of the Department of Corrections, suffered a medical emergency and died after helping the colleague.

Joseph Parise was a veteran of the Navy and leaves behind a wife who was pregnant with their second child and a 2-year-old daughter.

Meuser Law Office, P.A. has represented hundreds of corrections officers, firefighters, state troopers, police officers, and paramedics and understand the dangers they face each day they put on their uniform. We respect the risks they take performing their duties to keep our communities safe and take this time to simply say thank you.

We keep his family, friends, and colleagues in our prayers.